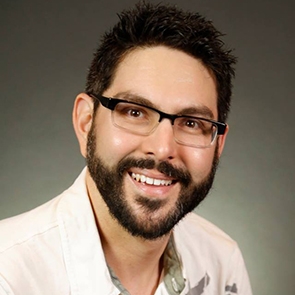 Les Goodman was classically trained in the fine dining French restaurants of his mentor, Andre Rochat, in Las Vegas, NV starting at the age of fourteen. He went on to continue his education at the University of San Francisco with a Business degree in Hospitality Management.

Les returned to work for Andre within all of his restaurants, working his way up to Sous Chef while also attending the College of Southern Nevada for Culinary Arts. In 2006 Les was lucky enough to take a sabbatical from Andre's restaurants and went to India to work at the Taj Mahal Palace and Tower at their premier Indian restaurant, Masala Kraft. He then traveled all over Thailand with his Thai cooking teacher learning about the culture and cuisine of the various regions.

In 2008 Les moved to Healdsburg to be the chef at Dry Creek Kitchen working for Charlie Palmer. Since then he has worked for several local restaurants, wineries, caterers, and started his own catering and farmer ‘s market business. He also managed Sur la Table's culinary school in Santa Rosa.

Currently Les is the Chef Manager for FISD managing the food service program for Sonoma Academy.